I am a regular reader of news.yc and like most people using that site, I wanted to be able to search the site. Since the site does not have an inbuilt search functionality, I created yc.news search here.

Just like in SansJ, one can use the search plugin (FF and IE7 only) and search from their browsers search bar. Also, existing users of SansJ will be able to login with their current SansJ usernames and passsword.

My search site can be accessed at SansJ.com.I have also created a what-is-SansJ-kinda page here: SansJ Wiki. I intend to write about SansJ and the latest development happening at SansJ in that part of the site.

Also, was successfully able to implement a SansJ search plugin for Firefox 2.0 and IE7(haven’t tested in IE7 as yet).If you would like to create a opensearch plugin, please do visit this site:
Creating_OpenSearch_plugins_for_Firefox and if you are looking for a online opensearch plugin creator check this out: http://keijisaito.info/ready2search/e/.

Further info on SansJ, you can spread the word about SansJ to your friends by going here: http://sansj.com/refer.php , much appreciated if you manage to do that! Also check this interview that appeared on Wired with Eric Schmidt here: http://www.wired.com/techbiz/people/news/2007/04/mag_schmidt_trans .He talks about how Search is the main focus for Google and how every other product of Google revolves around search. A very insightful article and a very insightful person!

and had been reading Jonathan Franzen’s – How to be alone (after 2 years of reading it for the first time), I am blown over by the guys linguistic capabilities and also the way he so well puts into words the logic/rationality behind it.

That’s it for now!

Check the wiki at http://sansj.com/wiki.

Over the past few months, I have been working on a concept that was in my mind for quite a while. I wanted to combine a Forum, Search Engine and a Bookmarker, and ,I did.
A little intro on how the site works:
Search engines as they should be: powered by computers and rated by humans.This site allows you to:
1.Search the internet. (An example search would be “How to make cookies?”)
2.Rate the result.
3.Add comments about the site that u got in the results.
You do need to login to the site, so you can signup for a free account at
http://trk7.com/ask/signup.php

or for the next couple of days you can use the test account:

and login here: http://trk7.com/ask/index.php
I am limiting the number of signups, for the moment, so be quick!This is my first major project, so expect some quirks!Looking forward to ur feedbacks. Bittorrent is hugely popular with me and my friends.I guess a lot of people use torrents.It’s creator used to live like this:

First he lived off savings from the handful of jobs heâ€™d worked during the bubble. When that ran out, he lived off credit cards, following a rigid system for applying for and transferring debt to 0% introductory-rate cards.

according to this article , Interesting read!I have been trying to do this (transferring balance from one credit card to another) with mild success.

and this is his (Bram Cohen’s) blog.I was running out of blogs to read and have a new one now! 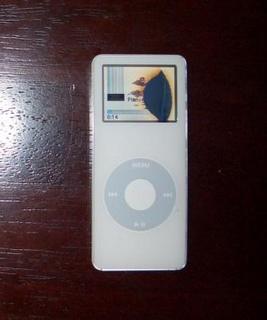 flawedmusicplayer.com shows that iPod Nano is fragile, looking at the pictures and the response from many people, I have to say wait for some time before u get the nano. Software and Hardware have one thing in common, don’t get one until it has been there for some time and a few versions of them have been released. 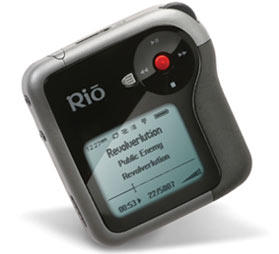 I have an Rio Karma (CNET review), and it does it for me, doesn’t have the visual appeal which is very important to me, but I have it in my nature to favor the Underdog and Rio Karma is definitely an Underdog. Very good quality, I have abused it a bit, thrown around a bit but works perfectly – did I say I haven’t used for quite a long time.I prefer an all-in-one phone-music, video player, camera, radio and more in a single gadget and so far no such thing seems to exist ( of very good quality, I mean).

nano problems?I have no job ( in a transition phase) and couldn’t chat with someone I wanted to chat with and do more.

and down under, a big day yesterday, Swans beat the eagles to win the AFL premiership this year.Though I am not a big fan of footy , I do enjoy watching it, and wished the eagles won (underdogs).In the last five minutes the game was thrilling but except for the last mark, it could have been more than just everyone clamoring for the ball.Judd was just amazing, quick and talented and last years Brownlow medallist, what can I say, amazing to watch, even for a footy novice like me.

it is great to know that the Film Nayakan (1987) is in Time Magazines Top 100 movies.I like Kamal Hassan (the actor) and Mani Ratnam (the director), these guys are widely respected in the Indian film industry and also in abroad.

it is also interesting to note that most of the top 100 films are non hollywood based guess these films are recognised not only for the fine perfomance by the actors and great direction of the directors, but also because of the universality of the themes presented and also their relevance even today.

i am not the best person to tell abt the intricacies of moviemaking or the sometimes subtle meaning in movies, but the movies I enjoyed watching apart from Nayakan are Goodfellas (1990) and Pulp Fiction (1994).