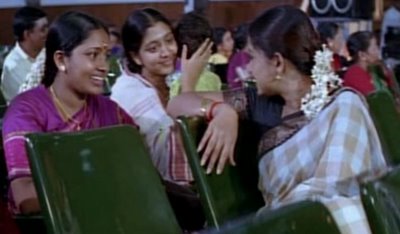 Autograph – The Movie as I see it

— Ok, it’s 2:00 AM in the morning and hence forgive me if what I write is a meaningless blabber. –A great movie! Must view! 5 Stars! Makes you write about it when you would normally be sleeping!Cheran (the director and also the male lead in the movie) knows to direct a fine story, no kidding. The thing that I like about the movie is it is not a ‘typical’ tamil movie. By typical I mean: a movie with meaningless dance sequences with lightly clad women pretending to be horny or giving you the impression, a movie with unbelievable fight sequences, a movie that kind of raises the hero’s status to that of a demi-god, a movie about someone other than the common man, a movie that is made with the sole intention of making monetary profit. I forgot to mention that most tamil movies are sentimental and Autograph is no exception. I couldn’t take it after about watching 1/3 of the movie, but then I knew the sentiment part is actually a direct reflection of that experienced by a Common man and hence proceeded to watch the rest of the 2/3 and yeah, I am impressed.

The story is seen through the eyes of the male protagonist (no way will I call him a Hero, it would deprecate the movies image): Selva (a subtle and effective performance by Cheran). He is getting married and personally goes to the various cities that he grew up in to invite his friends to his wedding. Memories can hit you like a gale at any time – a long forgotten sound, a smell, a song, a book, a movie and so on – can trigger a series of chemical reactions in our body and the amazing brain recreates the past – as we saw it – in the present- sometimes painful, sometimes heartening. So yes the song Mudhal Mudhal which is peppered across the first half combined with the visual images tell us about Selva’s teenage years in a small town in Tamil Nadu. Enter Kamala his teenage heartthrob who -he later realises- is his first love. Again, no stupid songs with them running around, no sir, this movie a lot better than the masala crap that is full of these dances. Then they separate, later realizing that the untold love is still present ( in what way I don’t know).

Fast forward a few years and we are into Selvaâ€™s College life. Selva’s father is a Postmaster and as with most Government Employees (at least in India) gets transferred evey few years, now to a town in Kerala. Enter Lathika- Selva’s college mate- a sweet and charming girl who fills in the void created by his ‘separation’ from Kamala. I think this is the strongest part of the movie: the scenes in Kerala where he tries to win Lathika’s heart and succeeds in getting her to love him back. This part of the movie paces up the movie from the sentimental part preceding it. And yeah, no dancing around trees, actually while checking again, there is a song “Manasukulle” but I can live with it.Lathika’s family oppose her love for Selva and gets her married to someone else. In the process Selva is beaten up by men sent by Lathika’s father and there is also a fight sequence, I have to admit Cheran has enough guts and sense to make the fight look as realistic as possible and it’s a pity that films released long after this movie haven’t understood that the unrealistic fight sequences makes no sense to someone with even half a brain and they are mostly repelling to a person like me. And again separation hits Selva, he is taken aback by what has happened and becomes almost deranged-mentally- until a thoughtful and understanding father saves him from ruining himself.

Selva now is in Chennai, where he searches for a job, hear Divya (cute Sneha) sings an Inspiring song and I guess this motivates him not to lose hope in his job search and finally through his efforts and Divya’s help gets a job at Divya’s ad firm. Hard work brings him to a respectable position. In the meantime a strong friendship develops between him and Divya. As the story is narrated the suspense regarding Selva’s bride is very well executed. I for one thought that- Divya- was a strong candidate for being his final love.

Selva meets Lathika to invite her to his wedding and is shocked to see her as a widow. Selva is taken aback and wants to cancel his marriage, but a good friend as she was- Divya advises Selva to go ahead with his marriage and yes, in the picture above the three women are chatting with each other at his wedding.

Time is a big healer and Life (has to) moves on, that of course is the obvious conclusion. The movie also stresses the importance of friendship and healthy relationship with your family and also people outside it. This movie is as much about friendship as it is about cherishing it. An autograph that is inedible in your heart that just needs a slight trigger to be brought alive and Cheran has done that through this movie: he brings the emotion filled memories back to life. Well done, Master. 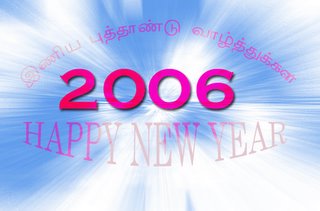 Posting after a long time, I like to blog and it’s strange that I didn’t feel like posting for about a month.

Another new year and the first week has been great for me, pyschologically. I have a feeling that this year is going to be great and will probably lead me into a new direction in my life.

yeah, that’s it for now.